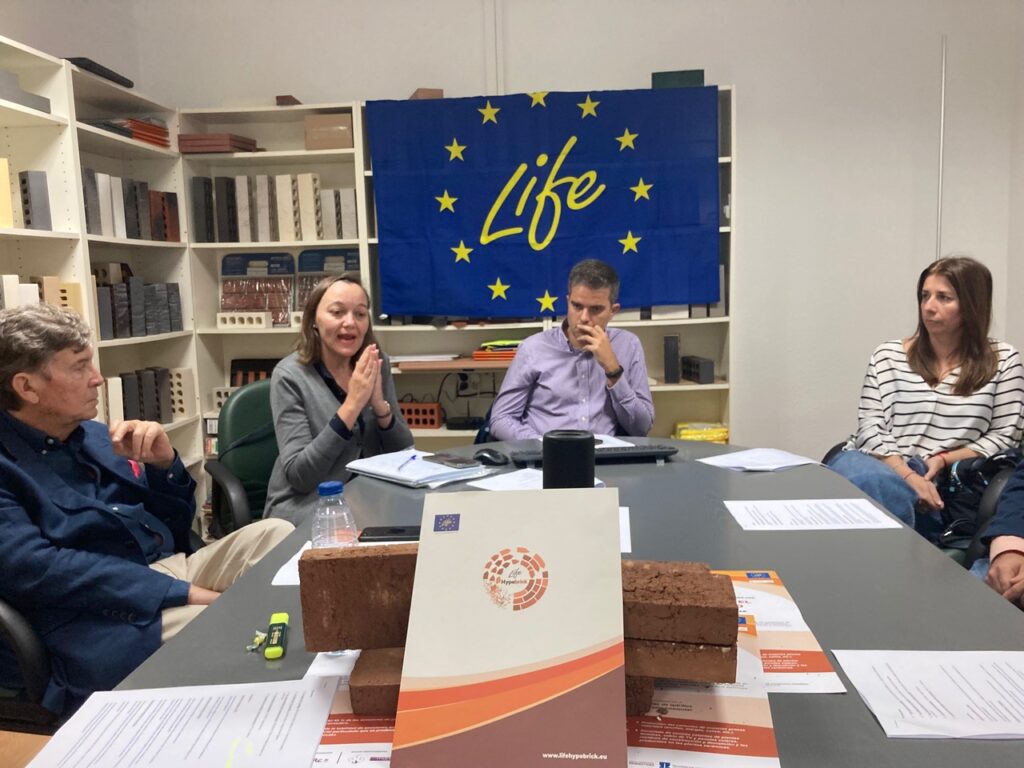 On October 20, the work meeting within the framework of the LIFE HYPOBRICK project took place in Ladrillos Mora, Illescas-Toledo (Spain).

In the colloquium and work table, there are the main actors involved in the transfer of waste within the framework of the project. Among the participants were representatives of Ladrillos Mora S.L. as receiver of the waste, Reciclajes Pozo Cañada S.L. as the origin of the waste, Worldlex as the permit processing company, ITC-AICE as the technological institute and coordinator of the project, as well as RCS as the waste agent.

An interesting and positive colloquium took place, about how obtaining the permits to extend the Environmental Authorization of Ladrillos Mora for the LER codes of the waste linked to the project has been delayed in time. Not having this extension in time to carry out the industrial tests, it has been decided to use the construction and demolition waste, whose Integrated Environmental Authorization of Ladrillos Mora, S.L. includes their LER codes. In addition, laboratory tests have been very positive with this residue, and the first industrial tests have also given satisfactory results.